Living In Panama Is Getting Better All The Time 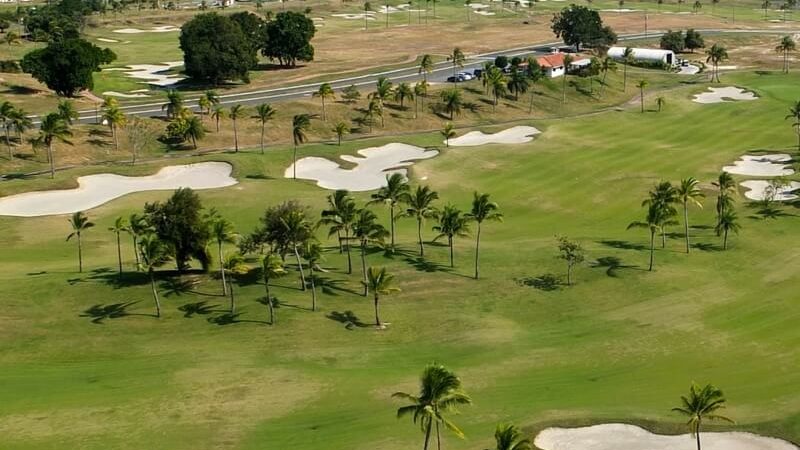 Panama—Getting Better All The Time

Back home in Panama City after nearly three weeks on the road celebrating the holidays, first Christmas in the States, then New Year’s in Medellín, Colombia, we return to our adopted home town with rejuvenated eyes and a fresh perspective. And we’re reminded why Panama is a benchmark against which other retirement havens are compared.

After nearly eight years as full-time residents, we take what this country has to offer for granted. My mom, though, who spent the past week with us in Medellín and who arrived in Panama City with us yesterday afternoon, is seeing it as a first-timer.

“Wow, that’s an impressive skyline,” she observed as we approached the city from the airport.

Indeed. From the corkscrew-shaped high rise borrowed from a Dubai design to the sail-shaped Trump Tower, Panama City’s silhouette is marked with iconic spikes and rises that are extraordinary when you remember the context. This is Central America, after all.

In front of the rows of high-rise towers is the recently expanded bayfront promenade known as the Cinta Costera. This pedestrian zone is green, lush, and well-manicured. Beyond it is a marina… and beyond that is a never-ending line of ships awaiting their turns for passage through the Panama Canal.

Also out in the Bay of Panama is a new island formed of reclaimed land and marked off into million-dollar lots upon which, now, multi-million-dollar homes are being built. Another idea Panama got from Dubai.

Living and working day-to-day in Panama City, we sometimes fail to see what’s before our eyes. This little country is working overtime to remake itself into a global contender. Panama has set an agenda for itself… to become the next Singapore… and it’s on its way.

I wouldn’t recommend Panama City proper as a top retirement choice anymore. It’s expensive to live here, relative both to the rest of Panama and to other global retirement lifestyle options. If you’re looking for a place to invest for either immediate (from rental yield) or long-term (from capital appreciation) return, Panama City should be dead center of your radar. Values in prime neighborhoods rose 10% in 2015 and should increase a further 10% this year. Values neighborhood by neighborhood will cycle up and down over time, but this is a market to bet on big picture and long haul. The economy continues strong, thanks largely to Panama Canal revenues, which are expected to as much as double after the current canal expansion has been completed.

If you’re looking to start an Internet or laptop-based business, Panama City is perhaps the best place in the world to base it. Hard to argue with an opportunity to operate tax free.

If your agenda is more to do with living than investing and you dream of life at the beach, take a look outside Panama City, starting about an hour west along the Pacific coast. This City Beaches region, as it’s called, offers diverse beachfront communities that are fully appointed and populated by an established and growing population of foreign retirees (meaning ready friends and English-speaking neighbors) and to fit every budget. You can own a condo of your own here on Panama’s beautiful Pacific for as little as US$160,000.

Among the new ventures we’re launching this New Year are a series of what we’re calling Access Panama Tours. The first takes place later this month, Jan. 29 to Feb. 1, and focuses on Panama City and the City Beaches area. This all-inclusive program is a chance to take a firsthand look at the top options right now for living and investing in these two top Panama markets.

The program includes a first-day seminar on the how’s and why’s of Panama followed by three days of guided touring with our on-the-ground experts and colleagues. It’s not too late to join us. Sun-drenched Panama City is a quick hop from much of North America… and January is the loveliest time of year here.

“Lief, your and Kathleen’s newsletters say Dominican Republic is the fastest for citizenship. But many articles report other countries have faster citizenship (by residing versus economic or birth, etc.).

“Any comments on the processing time of citizenship for the following countries: Ecuador 3 years; Argentina 2 to 3 years and you apply after 12 or 13 months?”

I’m not sure I follow. You can apply for citizenship in the Dominican Republic after six months of residency, and the process takes three years normally, less time on the “fast track.”

That said, let’s drill down a little deeper.

Ecuador doesn’t let you leave the country for more than 90 days in the first two years of residency. If you do, you lose your residency status. Further, Ecuador doesn’t allow for dual citizenship and requires you to give up any previous citizenship. Therefore, Ecuador makes sense only if you want to live in Ecuador. It’s not a good backup residency or second citizenship.

Argentina allows for dual citizenship. However, the two years of residency required before you can apply for citizenship is permanent residency, which you don’t achieve until after three years of temporary residency. In other words, you need to be a legal resident of Argentina for five years and a permanent resident the final two of those five years before you’re eligible for citizenship. In addition, you must show you were actually in the country “full time” those final two years. The Dominican Republic imposes no such restrictions.