How To File The Foreign Bank Account Report (FBAR) Form 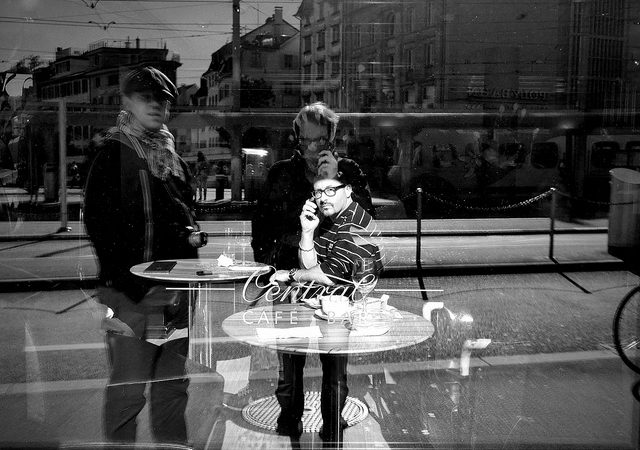 How To File Your FBAR (It's Due Friday)

Form TD F 90-22.1, or, as it’s more commonly referred to, the FBAR (Foreign Bank Account Report) form, is due this week.

Every U.S. person is required to file this form if you have a financial interest in and/or signatory authority over any non-U.S. financial account(s) that in aggregate have had a value of more than US$10,000 at any point during the previous calendar year. You could have had US$1,010 in 10 accounts or US$10,001 in a single account, and you meet the requirements for filing the FBAR.

However, if you have two accounts, one with US$6,000, US$5,000 of which you transferred to the other account at some point during the year, you don’t meet the requirement. Between the accounts, you had US$11,000 during the year, but you didn’t break the US$10,000 aggregate mark at any time.

The due date for filing the FBAR is June 30. However, this year, June 30 is a Saturday, so you have to have the report in a day earlier (according to the IRS agent I spoke with this morning).

Think that’s confusing, give the FBAR inquiry line a call, as I did this morning to confirm how to report certain of my offshore bank accounts. I had to speak with two different agents, and, after 22 minutes on the line, I think I got the answers I was looking for. Anyway I finally got answers, which I used to make some corrections as to how I was reporting certain accounts.

A Run Down Of The FBAR

You see, the FBAR takes an approach different than logic would dictate and different from how you file your tax returns. It has five parts. Part 1 is straightforward enough. You fill in your name, Social Security number, and address. And you then indicate if you have a financial interest in 25 or more financial accounts. If you do, you’re done. You don’t have to complete the rest of the form (unless you have signatory authority over foreign accounts that you don’t have a financial interest in…more on that distinction, which I only came to understand in full this morning, in a minute).

Yes, more accounts means less filing paperwork. Unfortunately, they keep raising the bar. More than 10 years ago, the threshold was 10 accounts. Then they raised it to 15 and then, more recently, to 25. They’ll likely increase it again as soon as some individual actually hits that threshold.

If you don’t meet that threshold, then you have to detail the bank name and address, the account number, and the maximum value at any point during the year for each and every account you have outside the United States. If you have just one or two accounts, it’s not a big deal. If you have a dozen accounts, it gets time consuming. And if you have offshore corporations, then it gets convoluted. Thus the 20 minutes on the phone with the IRS this morning.

The key is to understand the meaning of and the distinction between the terms “signatory authority” and “financial interest.” For FBAR purposes, you aren’t considered to have a “financial interest” in any corporation unless you own more than 50% of it. If you’re a 50-50 partner with someone else, then you don’t have a financial interest in that corporation for FBAR purposes. Therefore, any associated bank accounts for which you have signatory authority wouldn’t count toward the 25-account threshold that gets you off the hook for completing the detail form.

You report accounts over which you have signatory authority, but in which you hold no financial interest (that is, corporate accounts where you don’t own more than 50% of the company), on Part 4 of the FBAR.

This is all further complicated in the case of couples who own corporations or other entities offshore in which each owns 50% equally.

For personal accounts (over which you have a financial interest) for which spouses are both named, the IRS allows you to complete a single FBAR form as a couple. However, if you’re both signatories for a own foreign corporation that you and your spouse own 50/50, then that account has to be reported individually on a separate form under Part 4.

Ugh. This is why no one likes the IRS. Take away the fact that no one likes to pay taxes. That’s almost the least of it at this point. They’ve made filing the forms so convoluted that even tax attorneys’ and CPAs’ heads go spinning. The IRS agents on the info hotline I called this morning didn’t seem really to understand either. As I said, I spoke with two. The first had no idea how to answer my questions. The second came up with responses. I hope they were correct.

The truth is that, depending on the question, there can be no single correct answer.

After my conversation with the IRS, I determined, with the agents’ help, that I need to file three separate FBAR forms–one for Kathie and me as a couple for accounts where a financial interest exists and then one for each of us individually for accounts where signatory authority exists. Alternatively, you could file two individual forms simply repeating the same bank account information on both (assuming neither spouse has any individual accounts or signatory over different corporate accounts).

In the end, from me, the IRS is getting three times the paperwork, which seems ironic, as, at the bottom of the front page of the TD F 90-22.1 form, there is a section that takes up about a quarter of the page to notify the reader about the Privacy Act and Paperwork Reduction Act. Both descriptions are oxymoronic, as we Americans no longer have any privacy and as the amount of paperwork required to support the mandated government invasion into our privacy has been in no way that I can discern reduced.

None of that is the point right now. The point right now, this week, is that you’d better figure out how to complete and file the forms, as the penalties for not completing and filing as required are draconian. If the IRS determines that you willfully withheld information about an account that should have been reported, the penalty is US$100,000 or 50% of the account value at the time of the violation, whichever is greater.

Imagine the poor guy who inherited US$20,000 from his long-lost uncle in Europe in a bank account that was transferred into his name…but who doesn’t know he’s supposed to report that account. His inheritance could land him in jail and cost him US$80,000 more than what his uncle left him.

File your forms. By Friday.