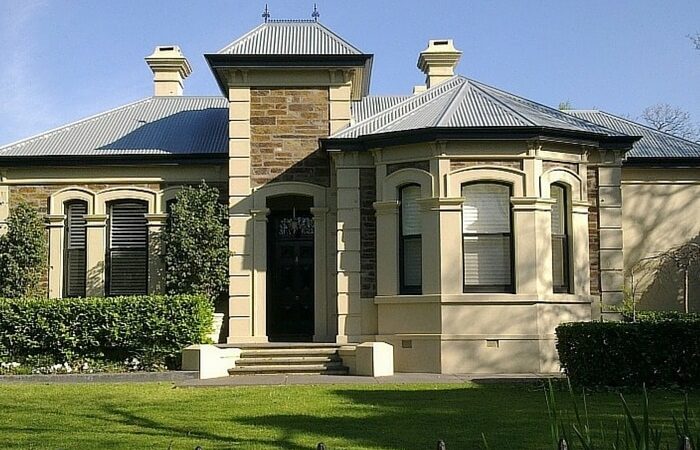 I didn’t set out to become an overseas property investor. It happened by accident.

In 1998, I was moving, with my then brand-new husband Lief Simon, my 8-year-old daughter, and my business, from the East Coast of the United States to Waterford, Ireland. Arriving in Ireland, we needed a place to live. We could have rented (and we did, at first, for about a year), but I wanted a place of our own, and, more than that, I was drawn to the idea of owning an Irish Georgian-style country house made of stone.

My new husband didn’t object, and, so, we set out to find one the way any couple of Americans would set out to buy a house. We dropped by a real estate agent’s office in the center of Waterford City.

We sat down with Mr. O’Shea and gave him the rundown on the kind of house we were looking for. Georgian. Stone. At least three bedrooms and three baths, with a bit of land for a garden. Mr. O’Shea seemed to take our criteria under advisement and suggested a time later in the week when one of his agents could take us out to view available properties.

That first day out, we saw not one house that matched the description we’d given to Mr. O’Shea in his office. Instead, his agent took us to see four new-built “bungalows” in “estates,” as the Irish refer to suburban housing subdivisions, just outside the city. I refused to get out of the car to walk through the fourth place. It looked just like the three we’d already seen and that I’d already explained weren’t at all what we were interested in.

This was our introduction to shopping for property in a real estate market without a Multiple Listing Service. No MLS means that agents can’t show you everything available that fits your parameters, because they don’t have access to everything available. They have access only to their proprietary listings. If they don’t have what you ask for, they show you something else. Anything else. Whatever they have.

Thanks to our ignorance of how Irish property markets operate, it took us seven months to find the house that we eventually bought in Waterford. By the time we’d identified the 200-year-old stone country house that we agreed we wanted to buy, the Celtic Tiger market had meantime continued appreciating before our eyes. We considered reconsidering the purchase altogether. Could it possibly make sense to buy into what surely must have been a market top? On the other hand, we were in Ireland for several years at least, and I wanted a place to make our own. So we proceeded to buy.

The Start Of Our Overseas Property Investing Adventure

That purchase was the start of a now nearly 18-year-long career investing in property overseas and, despite our initial misgivings, became our first success story. We resold Lahardan House six years later for more than twice what we’d invested in the property, including the purchase costs, the renovation, and the furnishings, and took our leave of the Celtic Tiger market just before it did, finally, peak and then turn.

We walked away with euro profits that we invested in an asset we continue to hold today, an apartment in Paris, that is, again, worth more than twice what we have invested in it and that, for the past four years, has generated an annual net yield from rental income of 5%.

Our first experience, in Ireland, frankly, was more luck than genius, but it taught us many of the fundamental lessons we value most today.

In fact, though, while Lief and I began our overseas real estate investing careers unassumingly together in Waterford, Lief had made his first property investment before I knew him, in the States.

How Lief Got His Start

A few years before we met, Lief had taken a US$5,000 gift and turned it into US$150,000 profit through a real estate deal in Ravenswood. Ravenswood is a north-side Chicago neighborhood of middle-class office workers and first-generation Latino immigrants, a very up-and-coming working-class kind of place at the time. Here, after months of searching and negotiating to put together a deal that allowed him to make the buy with but US$5,000 cash, Lief had invested in a building configured as three two-bedroom flats. He lived in one of the apartments and rented out the other two.

The rents generated a good income from the start and for more than two years to follow. After that time (just 24 months later), Lief sold the property and walked away with US$150,000 after expenses. Not a bad return on US$5,000. It was that US$150,000 that helped to make it possible for us to purchase Lahardan House in Ireland. And it was the profits from Lahardan House that later made possible our purchase in Paris… and so on.

Lief is a bona-fide start-from-next-to-nothing overseas property investor success story. And he’s not the only guy (or gal) I know who has made a lot of money while having a lot of fun investing in real estate across the globe.

Here’s the point: In the current global financial climate, overseas real estate is both the smartest and the sexiest way to invest your money. It’s a key strategy for diversification at a time when diversification is not a sound investment approach but critical to survival.

The very good news is that you can get started investing in real estate overseas with even a very modest capital budget. Lief began his career with US$5,000. I know current opportunities to get started with as little as US$1,000.

Furthermore, the objective goes well beyond making money. Yes, you can make money this way and over time, a great deal of money. But a global property portfolio or even a single property purchase in another country can be about way more than racking up profits.

At a time when it can seem like the world is spinning out of control, you’ll be putting yourself firmly in the driver’s seat of your and your family’s financial future. You’ll be positioned for profits in the immediate-term (in the form of rental yields, for example), in the mid-term (in the form of capital appreciation), and over the very long haul, building a legacy of wealth that can be enjoyed not only by you but also by your heirs.

All the while, purchase by purchase, you’ll be reinventing your life and rescuing your retirement.