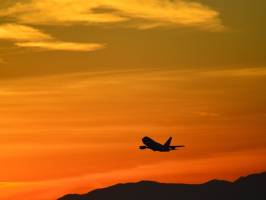 Panama is, indeed, the Hub of the Americas, and, living in Panama City, you’d think that traveling around Latin America would be easy and cheap. Easy, yes… cheap, not so much.

Copa flies to most major cities in Central and South America and continues to expand its destinations in the United States, the Caribbean, and Canada. So you’ve got many and increasing options for where and when you can fly; however, prices aren’t low, thanks to limited competition.

Earlier this year, two airlines—one in Colombia and one in Panama—began flying between Panama City and Medellín, Colombia. That forced Copa to lower its prices on that route, a move much appreciated by many, including me. Before the fare cut, a Panama City-to-Medellín flight on Copa was US$600 to US$700 round trip. Now you can make the round-trip flight for US$450… less if you book early enough. Copa’s prices still aren’t as low as those of VivaColombia or Air Panama, but Copa offers more and better flight options.

Traveling in Europe these past couple of months, taking lots of around-Europe flights, I’ve been reminded that so-called low-cost airlines aren’t always cheaper.

Checking in online this morning for a flight from Paris to Ireland later this week, the Aer Lingus website prompted me to select my seats. To do so, however, I discovered, I would be charged a fee! You’ve got to pay for the privilege of choosing a seat online, in advance of a flight. Otherwise you’re allocated a seat on the day, when you check in at the airport.

Likewise, if you want to bring luggage beyond the allowed carry-on, you’ve got to pay a fee. Worse, this fee is contingent on the weight of the bag you want to check, meaning you’ve got to know how much your bag is going to weigh before you get to the airport. You’re prompted to select from among a variety of weights, then you’re charged a fee accordingly. If you show up at the airport with a bag to check that weighs more than you indicated (and paid for) online, you’re charged an additional fee at the counter. This I-underestimated-the-weight-of-my-bag fee is such that you can pay more for a few extra kilograms than you did to check the bag in the first place.

Taking into account all the add-on fees from the airline (seat selection, boarding order, luggage, etc.) and taxes, the total cost of a “low-cost” ticket can be as much or more than the cost of flying a full-service carrier.

In addition, many of Europe’s low-cost carriers fly to obscure and remote airports (Ryan Air flies to Paris, for example, but not to Charles de Gaulle or Orly but to Beauvais). This means extra travel time and expense to get from the arrival point to the center of the city, where you’re probably headed. The airlines who fly these non-traditional routes sometimes provide buses from the airport to town… for, yes, another fee.

Why Going For Low Cost Then?

I’d say that the only reason to deal with the so-called low-cost airlines and the hassles of navigating their reservation and check in labyrinths is if they offer point-to-point service from and to your actual departure point and destination. Flying from Faro in the Algarve region of Portugal to Paris last month on a direct EasyJet flight made sense because it meant no connection. The time saved more than offset the pain of the booking and boarding processes.

Low-cost airlines have been a boon for the working-class vacation traveler, opening up their holiday destination options dramatically. This is good, in turn, for the economies of the locations nearby the tertiary airports these airlines typically fly into… but not necessarily good for other travelers.

The good news in Europe is that the traveler has other options. Trains in Europe are fast and efficient and take you from city center to city center, eliminating the trip from the airport to town upon arrival at your destination. I took the train from Paris to Frankfurt for a business meeting a few weeks ago, and the time/cost benefit was off the charts. The first-class round-trip train ticket was about the same cost as a round-trip plane ticket would have been, but I saved money on taxis on both ends. More important, I saved hours of time, as you can (and I did) hop on a train two or three minutes before it departs. No check in, no security, no waiting in a gate lounge, no waiting after boarding, etc. Give me a train over a plane every time.

Alas, you can’t take a train across the Atlantic. A friend who visited me in Paris a couple of weeks ago, though, told me about a new trans-Atlantic carrier called La Compagnie that is offering low-cost business-only travel between New York and London and between New York and Paris. Prices are more expensive than economy seats on other airlines serving those routes but a fraction the cost of a business-class seat on full-service carriers. I look forward to trying it out my next trip to this side of the Pond.

“Lief, I am a member, and I’m hoping you have some knowledge of regulations related to investing in Chile. Do you know if foreigners can own land in Chile? We are thinking about purchasing land in the remote area of southern Chile.”

No, no restrictions are placed on foreigners buying land in Chile, and you do not need to be a resident to buy property in the country.

It’s a great time to buy in Chile, due to the current strength of the U.S. dollar.