Why Belize Is A Haven For Expats 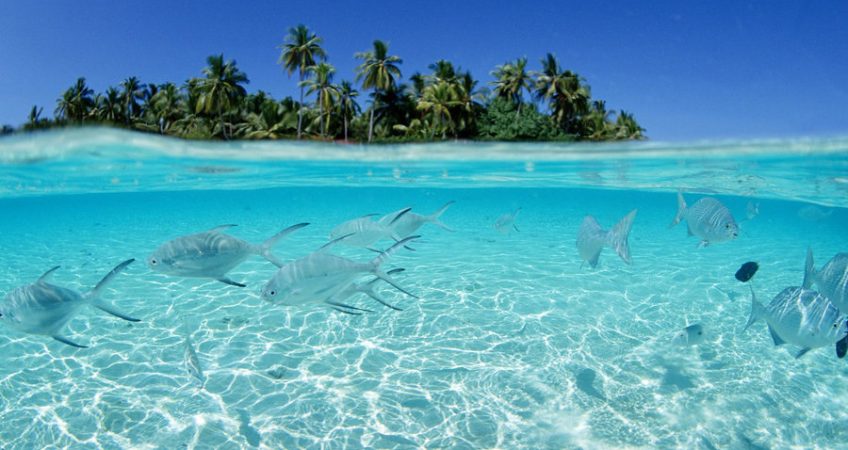 That’s been the running joke as long as I’ve been spending time in Belize.

Nothing ever happens in this country and the people of Belize, both the Belizeans and the foreign expats, retirees, and adventurers who’ve chosen to settle among them, like it that way. These are fiercely private and independent folks, content to stay under the world’s radar. And the fact that Belize isn’t on anyone’s radar is why it’s been able to develop as an offshore haven with little interference from the outside world.

Belize is a custom-made banking haven, created by the British in 1981 who looked around at the top banking havens worldwide at the time and cherry-picked the best elements of the banking laws in each case. These elements were incorporated into the banking law for the about-to-become independent nation to be known as Belize.

Three decades later, most of the world remains unaware of the banking, tax, and financial privacy advantages Belize has to offer. And therein lies an important part of the reason why these advantages have survived.

For decades, the world’s bankers have turned their noses up at Belize banks. Bankers from Switzerland and Austria would snicker at the mention of the idea of doing business with a bank in Belize. But the world’s banking industry has been turned on its head. The damage has been colossal in some cases.

But not in Belize, which quietly remains a stable, English-speaking banking haven with strong fundamentals. Belize banks are required to have a minimum liquidity ratio of 24% while many banks in more developed banking havens have liquidity ratios in the single digits. Additionally, with more “regular people” looking to diversify and protect their assets overseas, the fact that the minimum deposit amount required by Belize banks is dramatically lower than the traditional US$1 million required by banks in more “prestigious” jurisdictions is a big deal. You can open an account at Caye Bank in Belize with US$1,000, meaning this is a realistic option for the world’s middle class.

Belize For The Offshore Investor

Belize offers a range of commercial and asset protection entities, including corporations, LLCs, trusts, and now foundations. Belize offers two classifications of corporations—local and IBC. If you are not looking to do business in Belize, an IBC (International Business Corporation) is what you want. If you are planning to do business in Belize, then you want a local corporation. However, if you are an American, you don’t want a corporation of any kind if the only intended use of the entity is as a holding structure for investments. For holding investments you want an LLC…or maybe a trust, depending on your long-term goals.

A foundation is the civil law equivalent of a trust. Belize has added foundations to its list of available entities to remain competitive with Panama, one of their main competitors in the offshore world. Other competitors in the Caribbean include the Cayman Islands, Nevis, and the British Virgin Islands. The people in these island nations also speak English, as they do in Belize, but Belize is easier to get to.

Belize doesn’t make sense for everyone. If you’ve got that $1 million minimum required by the “big boys,” you may prefer the highfalutin jurisdictions in Europe. But if you are launching your offshore endeavors with less than seven figures, Belize could be the perfect place to get your toes wet, both figuratively and literally.

“Lief, in your ‘Faux Pas In Panama—This Could Have Been A Game-Changer’ piece, sorry, but you came across as an apologist for the Panama government. You spent more verbiage apologizing than explaining. The damage is done, and they will likely never overcome the damage. We are just short of arranging with a moving company and have arranged for a container and we have now pulled the plug. That the ‘tax chief guy’ hasn’t been fired or demoted speaks volumes. I’m sure you mean well, but you sound more like someone buttering their own bread than anything else. Sorry. No harm meant, nor do I mean myself any harm and so have pulled the plug for now.”

Apologizing for the Panama government? Nope, that was not my intention.

For me, the whole thing was just another day in Panama…or any other country. Politicians do stupid things. Everywhere.

If you were considering bringing a real business to Panama, you have more cause for long-term concern that someone looking to retire (retirees aren’t taxed in Panama regardless) or to invest (as an investor would pay taxes on Panama income or profits on investments anyway).

That said, if it’s an import/export business you’re looking for a place to relocate, as you suggest, and you’re not intending to bring goods into Panama but just through Panama, you should look at the Free Trade Zone in Colon.

Since publishing my report on this near-debacle, I’ve heard more from my attorney. As she has explained, here is the timeline of the repeal:

Jan. 6: First day of the new term of the Legislative Assembly; repeal approved on first debate

Jan. 10: The repeal is published in the National Gazette and becomes law retroactively

This amounts to the fastest possible route to repeal the portions of the law that needed to be repealed.