What Does The New Anti-Austerity Party In Greece Mean For The Country’s Economy And Property Markets? 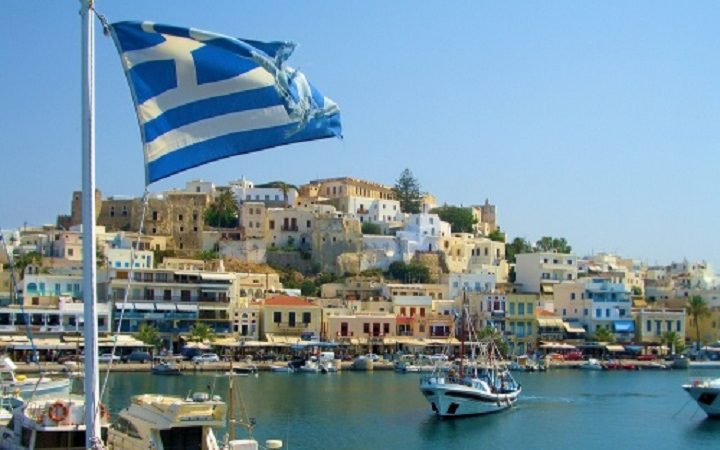 Is Greece Real Estate A Buy?

When I was in Athens in July 2013, effects of the austerity measures that had been in place for more than two years by that time, intended to help save the ailing country and its bankrupt economy, were visible everywhere. Traffic was light, restaurants along the shore were mostly empty even though it was the height of the season, garbage was rotting in giant piles across Athens, Greeks we spoke with were frustrated and demoralized, and real estate prices were low.

This last, of course, was of particular interest to me, and one big question on my mind at the time was whether real estate in Greece was a good investment.

I concluded no then, and I’m still not convinced this morning after the “anti-austerity” party won yesterday’s elections in Greece.

The euro is down to 11-year lows, hovering around US$1.12 as I write, so investing in something in the Eurozone is an idea anyone with U.S. dollars in his bank account wants to be paying attention to right now. Currency pundits are calling for euro parity with the U.S. dollar before the end of this year. We haven’t seen that since 2002. Again, this is a window of opportunity that you want to consider acting on.

At the same time, it’s possible Greece won’t be using the euro long term if the anti-austerity party now in power doesn’t keep to the terms agreed for the bailout provided by the rest of the Eurozone in 2010.

So the question becomes whether the new government of Greece can turn the country’s economy around… erase a 25% or higher unemployment rate… and reduce debt levels from their current 175% of GDP.

Real estate prices have fallen every year in Greece since 2008, including double-digit declines in 2012 and 2013 before a further single-digit decrease in 2014. And we could be nowhere near the bottom.

Why To Invest In Real Estate In Greece

The only reasons to get into the Greek property market today are speculation or an interest in residency in this country. When prices do eventually bottom out, whenever that turns out to be, I can’t imagine any compelling reason for them to appreciate again anytime in the near term.

However, maybe you don’t care about property appreciation. Maybe you’d like to retire to Greece or establish a backup residency in the country. If either of those things is the case, you’ll be interested to know that Greece offers a residency-through-real estate investment option. The program was launched in 2013. It hasn’t received much attention because (unlike similar programs in Portugal, Spain, and Ireland) it doesn’t lead to citizenship… only residency, which has to be renewed every five years.

A 250,000-euro investment in real estate in Greece is the threshold… which is less in U.S. dollar terms today than it’s been since the program was launched. Still, you’re looking at an investment, today, of at least US$280,000.

It gets even better if a colleague who is looking to retire to Greece is correct in his assertion that current asking prices can be negotiated down as much as 50% or more in some cases, especially for vacation properties—that is, properties that locals aren’t in the market for and that foreigners are afraid to purchase right now.

The bottom line for Greece is that nothing to date has worked to turn its economy around, so the Greeks have voted for the new guy promising them a better life by getting rid of the austerity measures they’ve been suffering through for years. If the new guy implements sound policies, maybe Greece will see better days sooner rather than later and its real estate market will turn around, as well.

I wouldn’t take that bet, though. I’d recommend you stay away, too, unless you just want a beautiful vacation home overlooking the blue Aegean all your own. If that’s the case, you could get the best deal of your lifetime right now, especially if you’re shopping with U.S. dollars in your wallet.

“Lief, I totally agree with your opinion about Colombia, but there is one big setback—opening a bank account and transferring funds. I have been three times to Colombia and speak near perfect Spanish and have yet not been able to even open a brokerage account, which at first seems the best way to go. The two brokerage firms recommended gladly said yes, easy, just give us these few documents. But at the end, they end up also asking for more and one gets frustrated and mad because they should have asked for all documents up front. I had to bring these documents with me and could not take a flight just to obtain one more accountant certificate.

“I had even made offers to buy properties in and lost my deposits. All this I plan to convey over the net in various locations unless maybe someone can show me another way to open a brokerage account or an easy way to open a simple bank account to thus transfer funds to buy property without them asking for the color of my underpants.

“I hope I have managed to convey this problem and maybe you can help.”

Not sure why you’re having so much trouble. We’ve been able to open accounts at both banks and brokerage houses in Colombia without any of the troubles you’re suggesting.

Generally, a financial institution (in Colombia or elsewhere) will allow you to send any additional documents it requires via email or DHL if you didn’t bring them with you for your initial meeting to open an account.

Also note that a bank account isn’t required for the purchase of property (not in Colombia or anywhere). Your attorney should have a client/escrow account you can use for the required transfer of funds.

***
“Lief, you are incorrect about Belize. The Belize Defense Force (BDF) is the military of Belize and is responsible for protecting the sovereignty of the country. The BDF, the Belize Police Department, and the National Coast Guard are under the Minister of National Security, which is headed by the Hon. John Saldivar. The BDF itself is commanded by Brigadier General David Jones. In 2012, the Belizean government spent about B$17 million on the military, constituting 1.08% of the country’s gross domestic product (GDP).”

I wouldn’t call the Belize Defense Force a standing army. A small up-and-coming drug cartel has more fire power than the BDF. In fact, I know some people in the United States who probably have more fire power in their gun vaults than the BDF has in its.

Bottom line, as I said in my recent dispatch, Britain is obliged to defend Belize if ever it is invaded.

All that aside, I think that maybe you missed the point of the essay.