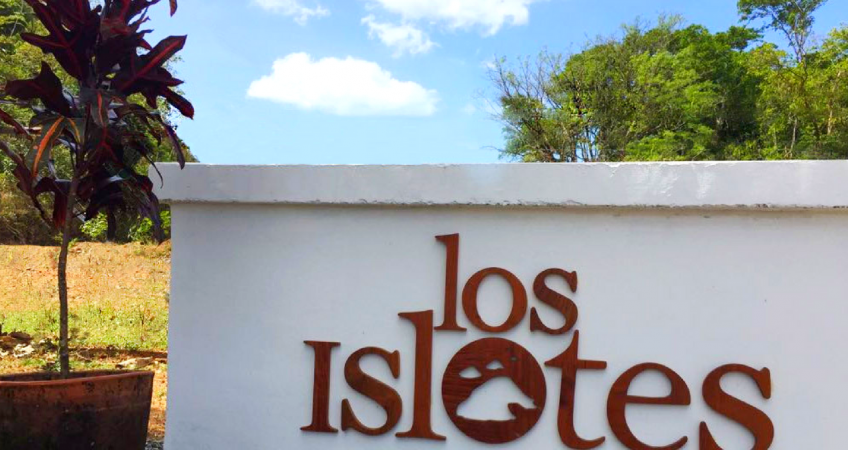 My Mountain Man Follies Out On The Azuero Sunset Coast

Yesterday, Kathleen and I spent the day at the beach.

This was a bigger deal than that simple statement might suggest… because it was a day at our beach.

More than that, it was our first day at our new Los Islotes Rancho Playa.

We’ve spent many days at our Los Islotes beaches, of course, but this was our first visit since our new beachfront amenity was finished.

Basic things… that have eluded us out here at Los Islotes for a long time.

Creating something new anywhere in the world can be a challenge… but trying to build a community on a greenfield site in a developing country far from the city qualifies as a Herculean task. Building to real-world standards in the wilderness of Central America requires a level of persistence and commitment that I’m not sure you can appreciate unless you’ve tried it yourself.

I can tell you I’ll never try it again.

I can also say, however, now that we’re at long last in a positon to begin enjoying the fruits of our long, hard labors out here at Los Islotes, the feeling of satisfaction when the pieces begin to come together is enormous.

We’re finally in a position, for example, to plan events for our Playa Rancho, as we’ve been calling it. In fact, our new beachfront bar will be inaugurated this week… and renamed. When the sign is hung later today, our little bar on the sand will be officially renamed Panama Jack’s.

So, we’ve learned, it goes in paradise.

Also in the works is a pop-up party. We’ll invite the local expat community to Panama Jack’s for a barbeque at the beach. Expat communities in remote areas need to stick together.

Our Los Islotes community and the estimated 300-plus other gringos living out here on this Azuero Sunset Coast are what could be considered the mountain men. We’re like the hearty, independent, adventure-seeking, risk-taking souls who tamed the American West.

Of course, it’s not as wild and untamed along this coast as the uncharted western United States of the early 1800s. We have paved roads and shops in the nearby town. We even have a bank and an ATM.

However, for the typical person coming from a First World situation, things out here on the Azuero coast are a little more raw than you’re probably accustomed to. You have to make a comprehensive list before you head to the “big city” for weekly shopping trips. If you forget something, you do without it until your next trip.

The mountain men charted the path and laid the basic groundwork. They were followed by the pioneers. The pioneers then set to work creating the infrastructure required for the anticipated larger population to come. Along this western Azuero peninsula, this is the stage we are entering now. We mountain men are being joined by the pioneers… and, believe me, we welcome their arrival on the scene.

Next will be the settlers. That’s what we’re preparing for now at Los Islotes. The first several houses have been built. The installation of infrastructure continues. And, as I said, our first official community amenity is finally finished and operating.

As I write, I’m sitting in our new Sales Office… meeting with our Los Islotes team to plan our next community amenities—specifically, our Los Islotes Clubhouse and our Equestrian Centre.

As Los Islotes develops to a next stage, the area around us is developing, as well. More grocery and hardware shops are opening… and, just around the corner (that is, a couple of kilometers away), a small commercial center is under construction. The ultimate plan for this very much appreciated undertaking includes a gas station. At some point not too far in the future, we’ll be able to drive down the road for basic supplies… and even to fill our gas tanks. What a thing.

Step by step… little by little… we’re pushing through the pioneer stage, preparing for the settlers to follow.

These will be the full-time residents, both here at Los Islotes and elsewhere along our coast.

Surviving from the mountain man stage through to the settler stage… man, that’s no easy thing.

Many people came out to the Azuero Sunset Coast before they were ready.

Or, maybe better said… they came before the coast was ready for them.

Costa Rica, Mexico, Roatan, Belize, and different parts of Panama have all moved through the same development cycle over the last 20 to 40 years.

In Panama, one of the primary growth areas attracting both tourists and retirees and other expats since the return of the Canal from the Americans to the Panamanians in 1999 has been Boquete. The tipping point in the development of what has evolved to become one of the biggest expat communities in the world turned out to be a single developer who took on the challenge of… well, of doing what we’re now trying to do out here on this country’s western Azuero coast.

In addition to houses, this developer took it upon himself to build restaurants, bars, and other amenities, including even a small open-air amphitheater, to support the expected influx of settlers to follow his mountain man follies.

Kathleen and I take heart from his ultimate success.