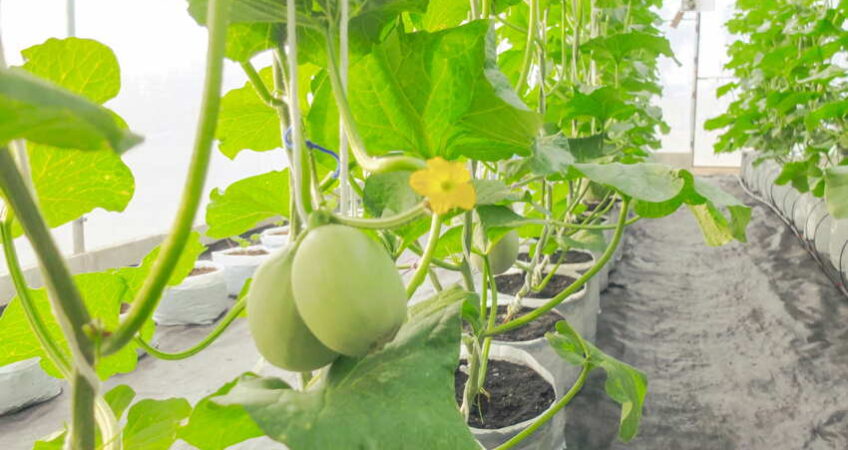 It can seem a contradiction, but, while the coronavirus crisis has many of us locked up in our homes, the opportunity for action is great.

Indeed, I am acting today on what I believe is the most promising and will prove to be the most profitable of any agricultural investment offer I’ve identified to date.

I’ve been working with a developer in Panama to conceive a bold new program.

That I’m able to present this deal at this time, when I believe the need for safe alternative investments outside the stock market is greater than it’s ever been, is coincidental but serendipitous.

I am hearing every day from readers looking for new options to diversify into turn-key agriculture.

I say with confidence that this is the best one you’re going to find. That’s why (I want to point out again in the interest of full disclosure), I am acting now and investing myself.

That opportunity is growing hydroponic fruits and vegetables in Panama.

The developer has been operating their own hydroponic greenhouses successfully for three years. Their produce has taken over a growing share of the local Panama market, and exports continue to expand.

The demand for their harvests has surpassed their capacity for supply. They need to expand their growth infrastructure bigger and faster than they can on their own.

Creating an opportunity that I have worked with them to tailor for my readers.

Specifically, you can now invest in a turn-key hydroponic system.

Hydroponics is growing fruits or vegetables using nutrition-filled water and what is called a “grow medium,” rather than dirt.

That’s the simplified layman’s explanation. The science and technology behind using hydroponics to grow quality produce in volume is complex and sophisticated, and this developer has long experience and an impressive track record.

The benefits of growing produce using hydroponics are many.

This approach uses as little as 10% of the water required for traditional dirt farming.

In addition, the climate can be better controlled inside a greenhouse. The greenhouse structure also helps to minimize potential pest risk.

As the global population expands… and as the amount of arable land in many parts of the world becomes more restricted… hydroponics is the future for growing a wide variety of produce.

The hydroponics operation in Panama will focus on growing cantaloupe, but other fruits and vegetables will be planted, as well, depending on demand.

That’s another great thing about hydroponics. You can get more harvests per year than with traditional farming methods, and you can change crops from one harvest to the next to maximize total annual returns.

While hydroponics isn’t risk free, having multiple harvests rather than a single harvest, as is typical when growing in the ground, helps increase revenue while also minimizing the downside in the rare instance a single crop or part of a crop is lost.

Technology is critical. The type of grow medium (the substance in which the roots of the plants grow), the types and levels of nutrients, and the water flow all make a difference both in the time to harvest and the quality of the produce.

For the types of produce that will be grown in these greenhouses (again, to start, it will be primarily cantaloupe), a kind of warm-up period is required for the grow medium and the system. You get good production from the first crop, but the cantaloupe isn’t as sweet as it will be from later harvests.

That’s why the developer’s first-year revenue projection is half that of subsequent years.

Of course, projections are just that—projections. This is agriculture, after all, and lots of variable are in play.

Hydroponics makes it possible for you to minimize the effects of many variables—such as weather—but you’ll still see fluctuations in the returns year to year.

Overall, the IRR (internal rate of return) over the lifetime of the investment is projected at a solid 13.2% to 16.9%.

Those projected annual returns start in year two of production, which is year three of the investment. The developer needs about 12 months to build and install the greenhouse systems. The first-year production, as mentioned, is projected to be about half of the overall annual yield.

Each greenhouse system covers 250 square meters of land. The investment includes the greenhouse, the hydroponics system, and a 30-year lease on the land.

The IRR projections are based on 30 years, as well. However, you can renew the lease, meaning your kids or grandkids could benefit from your foresight of owning a productive agriculture asset in a market that stands out more than ever amidst the current global crisis climate.

Reasons To Invest In Panama

Panama is an investor-friendly country that uses the U.S. dollar and imposes no currency restrictions.

Panama is a genuine business center that has been attracting big numbers of foreign investors from across the globe for 20 years. Its economy has been the strongest in Latin America and one of the strongest in the world for the past decade. This is because the Panamanian economy is not built on one pool of buyers or end-users and—most important—underpinning it all is the Panama Canal.

The Canal generates 40% of the country’s GDP. That’s a big economic backstop.

In addition, Panama also boasts the largest copper mine in the world, producing additional revenue for the country’s coffers.

The growing local middle and upper classes are strong built-in markets for produce, but exporting is the ultimate goal for the produce from this hydroponics operation.

Continued global expansion is the objective for both the developer and the country of Panama, which is actively working to support farmers growing for export.

The farm management company that will be taking care of these greenhouses is already shipping produce to the United States, Europe, and elsewhere. They are primed to export the production from the expanded hydroponics efforts.

The coronavirus crisis has uncovered a weakness in agriculture production in places like the United States and Germany. Many farmers in the developed world rely on migrant workers for harvests. Germany’s borders are closed right now, and German farmers are worried about how they are going to bring in their crops.

Panama doesn’t face this problem. Farmers in this country do not use migrant workers. They hire seasonal laborers, but they are local, not imported.

Note also that, during this crisis period, this developer continues operating—safely. And all pieces are in place and ready to go for this new phase.

You can get in on this current opportunity for US$49,500 and start getting a return within two years and receive long-term excellent cash flow.

I’ve spent my career urging readers to diversify into real estate overseas, but I’ve never made the recommendation more urgently than I make it right now.

The current global circumstances make this a critical agenda.

You can get more details about this new hydroponics opportunity in Panama here.

Hydroponics Investment Hydroponics Investment In Panama Investment Panama
Share:
Offshore Living Letter ® 2022
Legal Sitemap Privacy Policy
* Type a keyword then press Enter
We use cookies to ensure that we give you the best experience on our website. If you continue to use this site, you're agreeing to our policies.Thanks, I Accept!Privacy policy