The Bogus Passport Market Continues To Grow (And Breed Trouble) 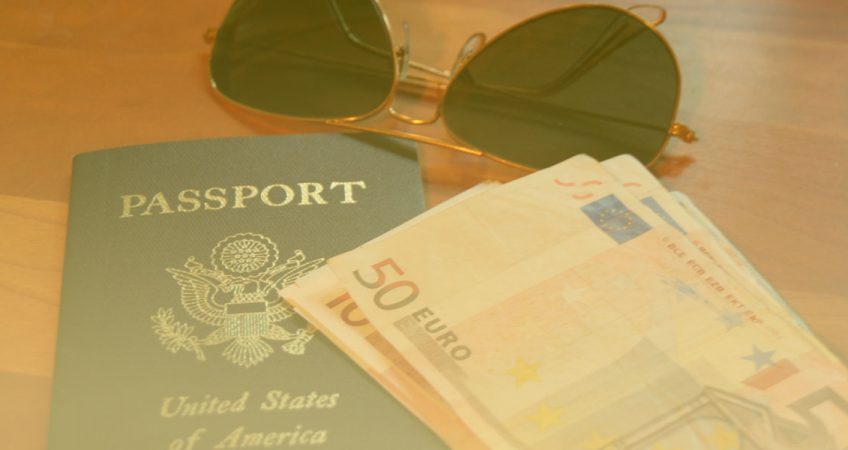 Another Passport Program To Avoid

Occasionally, I meet someone who’s offended that I’m in the citizenship and passport business.

“Citizenship shouldn’t be bought and sold like a pair of shoes,” a man once told me. “I think it’s scandalous that some countries are selling their citizens’ birthright.”

I disagree. We live in a world where governments have assigned themselves the authority to prevent people from traveling if they don’t have the right papers. One hundred years ago, you didn’t need a passport to travel the world. Today, hundreds of millions of people can’t leave their own country. Billions more have very limited travel options.

Are you surprised that a market has developed to provide qualified applicants the documents to travel more freely? I’m not, and I’m proud to be part of a business that, in the end, gives people greater personal freedom.

There is one aspect of this business, though, that does offend me: promoters selling bogus and unofficially approved passports. These hustlers deal in passports obtained from corruptible insiders with the ability to issue them with few, if any, questions asked.

Throughout the years, I’ve seen these scumbag promoters come and go. Some are dead, including at least one murdered by an angry client. Others are in jail, and a few have retired. They’ve sold passports from countries including Belize, Bulgaria, Costa Rica, the Dominican Republic, Greece, Guyana, Hungary, Lithuania, Mexico, Nicaragua, Paraguay, Portugal, and Romania.

The newest passport scam that has come to my attention recently is for Mexico.

The Mexican “program,” as the company offering this scheme calls it, can be completed in four months and with only two visits to the country. The cost? Only US$30,000 for a passport giving you visa-free travel privileges to 160 countries, including all 28 members of the EU.

It sounds great, but I can’t find any support for the promoter’s claims in the Mexican Constitution or Law of Nationality. In most cases, the law requires that you must live in Mexico five years before applying for citizenship. You must also speak Spanish fluently and demonstrate substantial integration into Mexican culture. I’ve written to the Secretary of Foreign Affairs to find out if the program is legit, and will let you know what I hear back.

I suspect the promoter of this program found a corrupt official working in the passport office willing to create a bogus history of long-term residence in Mexico along with a false certification that the applicant meets all the other requirements for citizenship.

I can’t confirm that this company bribes immigration officials to help acquire Mexican citizenship. But if it doesn’t, why else would they violate the law to help applicants receive citizenship in only four months?

What Happens When You Get A Bogus Passport?

Think about it. You just acquired a passport—and maybe even a certificate of citizenship—from a country that didn’t issue it to you through normal procedures.

What happens when there’s a change of government and the new administration finds out the officials in the old one sold bogus or invalidly issued passports? That’s more than a theoretical risk. In 2012, Canada revoked the citizenship of more than 3,000 naturalized citizens after a fraud investigation.

What happens if a terrorist manages to buy a bogus passport? It lessens the value of the passport for ordinary citizens and discredits the reputation of the entire country. Belize found this out the hard way in 2012 when police in Mexico arrested a known Palestinian terrorist travelling on a newly issued Belize passport. He had spent only a few days in that country—just enough time to find a corrupt official to sell him a passport.

What happens if your government finds out that you bribed a foreign official to obtain a second passport? If you’re a U.S. citizen, you could be imprisoned for violations of the Foreign Corrupt Practices Act.

Just imagine it: One day, you’re making what you think is a routine border crossing on your bogus Mexican passport. The border official frowns, picks up the phone, and calls for assistance. In seconds, you’re surrounded by armed men and forced into a small, cold room, where you’re interrogated for hours. If border officials somehow learn how you got the passport, you could face years in prison. Even if you’re lucky and use the passport to cross borders without any problems, what happens when you try to renew it? If you weren’t legally naturalized in the country that issued your passport, it might not be renewable. One promoter even admitted to me that I shouldn’t try to renew the fake Bulgarian passport he was trying to sell me—or even use it to enter and leave Bulgaria.

Is it worth the risk? I don’t think so, but the companies dealing in these documents continue to flourish, so they must be finding a ready market.

There are only a few officially recognized programs that provide a 100% legal path to citizenship and passports in a reasonably short time. The most affordable of these programs are in the Caribbean: the Commonwealth of Dominica, St. Kitts and Nevis, and most recently, Antigua and Barbuda and Grenada. In the EU, Cyprus has a much more expensive program for citizenship-by-investment. Malta recently had a proposed economic citizenship program that for now has been “postponed.”

Depending on your family situation (and whom you want to join you), these programs range in price from less than US$150,000 to well more than US$1 million.

Don’t believe everything promoters tell you about second citizenship and passports. They may be entertaining and persuasive, but they can get you into some serious trouble.

“I have read about Belize as a tax haven and am very interested in the country not only for the climate, scenery, and investment opportunities but also for the banking and tax benefits. A friend of mine just sent me some info on a foundation for asset protection. I know Panama is a decent place for banking and tax benefits also, but is Belize better? Is there something similar in Belize as the Panama Foundation for Asset Protection?”

Foundations are the civil law equivalent of trusts. Belize has trusts and foundations. However, in most cases, you probably don’t want your asset protection structure to be based in the country where you’re planning to live.

If you do go with a foundation rather than a trust, make sure that you work with a U.S. attorney as well as an advisor in the jurisdiction where you establish the foundation to review and advise on any U.S. tax compliance issues. Foundations aren’t defined under U.S. tax law. They can be considered either trusts or corporations depending on their structure. If you’re an American, you want to be sure you don’t set up a foundation that the IRS interprets as a corporation.