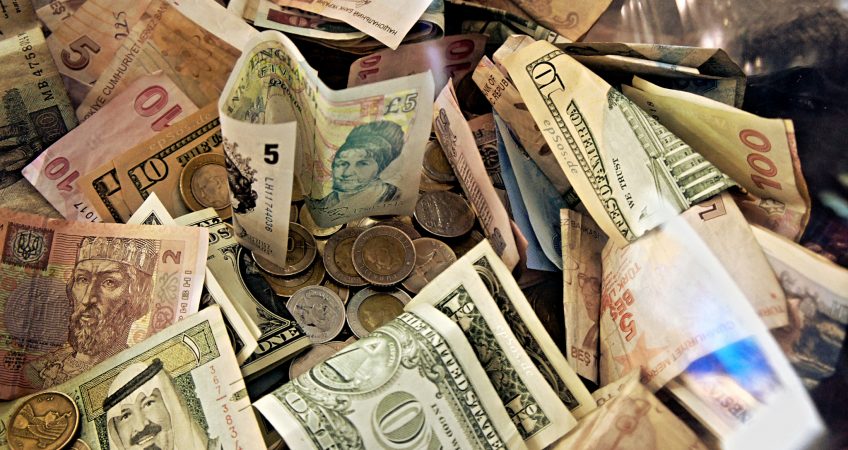 The small country of Belize nestled on the Caribbean coast of Mesoamerica doesn’t really fit in. Belizeans speak English, so they aren’t part of the Central American region culturally, and, as the country itself is tucked below Mexico on the Yucatan peninsula, Belize is not really part of Central America geographically either.

European settlement in Yucatan was initiated by the Spanish, but the area around Belize became a buccaneer’s haven as English pirates realized that Belize’s coastline served as a good base for their attacks. Eventually, they also started logging logwoods for textile dyes. While Spain and England disputed control of the area for more than a century, the English settlers were mostly left to their own means. Finally, at the end of the 18th century, the Spanish lost a naval battle off the coast, and Spain stopped trying to expel the English from the region. Still the settlers were mostly left on their own, and the large landowners established their own local government.

This buccaneer background and the long-ignored status of the settlers set the stage for the Belizean culture that exists today. Today, Belize continues to follow its own independent path. Belizeans (there are about 350,000 of them in the country) keep to themselves, and the government interferes little with day-to-day life. That mentality helps to explain why Belize has developed into the offshore jurisdiction it has. When it gained independence from Great Britain in 1981, Belize had no real economy. The financial services industry that the British had initiated (including writing banking privacy into the constitution for the new country), therefore, took hold and became an important part of the scene.

While agriculture provides the bulk of foreign exchange for the country (more than 70%), most of the rest comes from tourism. With hundreds of islands and the barrier reef just off its shores, Belize is a popular diving and snorkeling destination. And, as infrastructure in the interior of the country improves with more hotels and resorts, more tourists are also coming to explore the mountains, rivers, and Mayan ruins of the mainland.

Offshore services may be only a small percentage of Belize’s GDP at the moment, but the country continues to foster this industry and remains one of my favorite offshore jurisdictions, all things considered. Belize offers essentially the same banking and structures products as all the better-known players in the offshore world but with a much lower profile in most cases. In today’s world, a low profile can be a big advantage.

Why else (other than its ability to date to stay off the offshore world’s radar) am I such a fan of Belize as an offshore haven? In fact, I think this could be the world’s best “starter” offshore haven, which is why I’ve prepared a complete “Five Flags” report on the country that we’re including as the feature article for this month’s issue of my Simon Letter, in production now.

“Lief, I am curious about who will be speaking on Ireland at your real estate conference and what will be discussed? I assume that would be you, but can you give me an idea what you’ll have to say?”

Yes, I’ll be speaking to the current market and opportunities in Ireland at my Global Property Summit next month. Irish property values collapsed post-2008 (that is, they fell across the country by 50% or more) but have begun to rebound…slowly…indicating, I believe, that we can call a bottom here.

In addition and very important, rental yields are much more attractive in Ireland today than they have been in a very long time. Today, you can expect to earn a yield from a rental in key Irish markets in the range of 5% to 8%. This may not sound exciting, but it’s three to four times the return that was possible during the boom era when everyone was counting on continuing price appreciation (which didn’t work out so well in the end for most investors).