Here’s Why Real Estate In Lisbon, Portugal, Has My Attention 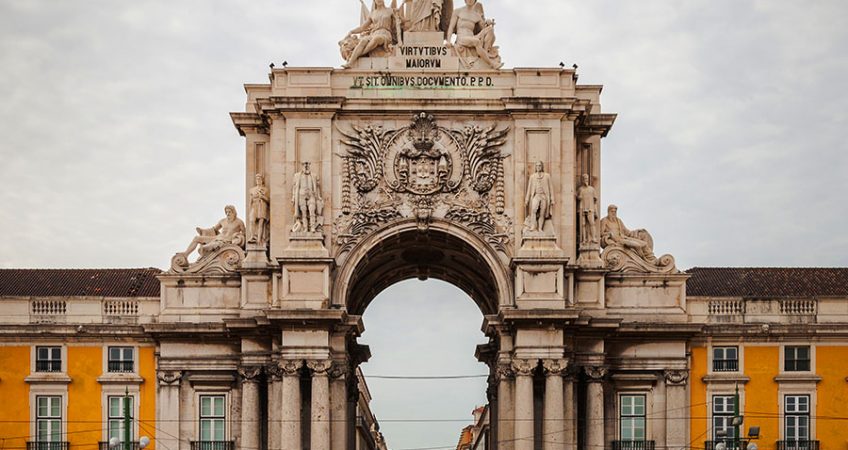 Wandering around Lisbon and its suburbs during my most recent visit, the more I saw, the more I wanted to see.

And the more I was sold.

The opportunities for real estate investment in central Lisbon right now are many, varied, and compelling. This is a big area made up of many distinct neighborhoods.

The heart of downtown and a key tourist zone is the area inland from the Praça do Comércio. Just west of here is Chiado, a high-end neighborhood. Baixa is a commercial district with shop-lined streets. Kathleen and I particularly enjoyed the area around Jardim do Principe Real, which we found charming, a place we could see ourselves spending time long-term.

Again, distinct neighborhoods, each with its own look, feel, and character, but all interesting as locations for investment in short-term tourist rentals. Some of these neighborhoods could also make sense for long-term rentals for the local market.

One friend suggested Campo de Ourique for long-term rentals to locals. He likes this area because he predicts it will see better-than-average appreciation of values over the next few years. Another colleague suggested Alcântara, an area that is enjoying focused rejuvenation and renovation, as a place to look for “early-in” opportunities.

Farther west along the coast outside Lisbon is Oeiras, another good location, we’ve been advised by a local contact, for a short- or long-term rental investment or, in particular, a rental property intended for student rentals. This market, he tells us, is about to expand dramatically as one of the city’s biggest universities relocates here.

In fact, several areas in and around the city make sense for student rentals. One interesting thing about a student rental is that it means you have the opportunity to earn rental income during two distinct seasons. Students go home in summer… which is the high season for short-term tourist rentals. Pick the right location and you could tap into both markets and improve your yields substantially.

So many areas of opportunity mean that your challenge as a property investor is narrowing your search zone.

Real Estate For Every Budget

So many areas of opportunity mean that your challenge as a property investor is narrowing your search zone.

One thing that can help fine-tune your search is budget. Per-square-meter prices in Lisbon range from a low of 1,500 euros to as much as 7,000 euros.

This means a 50-square-meter apartment in one of the lowest-cost neighborhoods can sell for 75,000 euros… whereas the same size apartment in Chiado, for example, would cost more than four times as much, or, say, 350,000 euros.

A reasonable budget would start at the 200,000 euro mark for a good sized two-bedroom apartment that would work for short-term rental.

Some areas of Lisbon have seen appreciation of as much as 20% in the last year. If you’re looking for a great value, focus on areas outside the “best” neighborhoods—though it is still possible to find a decent renovation project for a great undervalued price even in those top districts. I don’t think this will be true for too much longer. The market continues to build momentum, and inventory is moving.

A good rental yield in the current market is in the range of 5% to 8% net, but appreciation should add nicely to this return over the next couple of years… again, buying outside the highest-end areas.

Lisbon has a lot to offer the visitor but hasn’t historically been a major tourist destination compared with other European capitals. This appears to be changing. Tourism was up for Portugal in general in 2016 for the sixth consecutive year, exceeding 10 million visitors for the first time in the country’s history. Lisbon, too, specifically, saw record numbers of tourists last year—more than 3 million.

With parks, gardens, museums, palaces, significant architectural landmarks, the river, the ocean, and all that history, Lisbon should be on everyone’s Grand Tour list. All those amenities also make this city a great option for living, which is why it is attracting more and more expats and retirees, not only from the U.K., whose pensioners have recognized the appeals for decades, but also from across Europe and increasingly from across the world, including China and, most recently, North America.

We’re doing our bit to help out on that last front.

I’m still getting my bearings, but I will be making an investment in this market as soon as I identify the right opportunity. If you’re interested in the Old World, I suggest you consider doing the same.

Don’t let the volume of opportunity dissuade you. The upside potential is excellent, both short- and long-term, and the time spent researching your options will be extremely enjoyable.