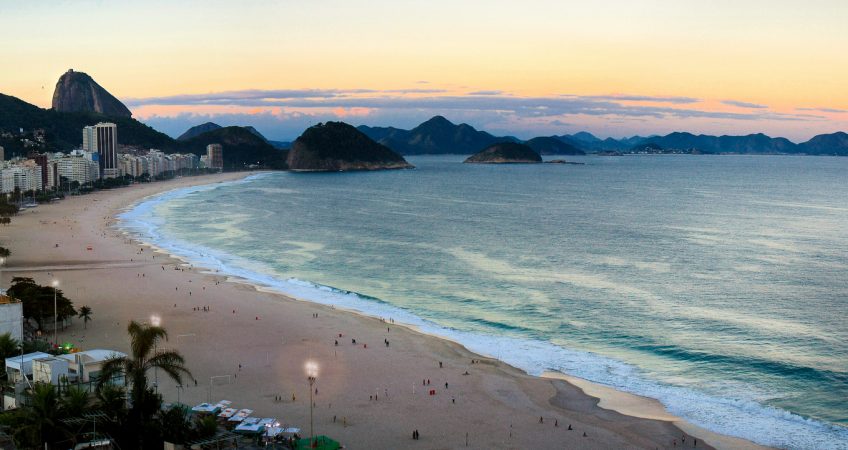 The number of opportunities coming across my desk has increased dramatically lately. The global property marketplace is active right now, meaning we global property buyers have an interesting 2014 to look forward to.

Most new opportunities coming on to my radar are agricultural, but one new development I’ve reviewed recently is residential. Not pre-construction residential for tourists or retirees. This is for a different market than I typically report on, but one that I’ve begun to pay attention to in several different locations.

I’m speaking of local housing. In this case, the developer is targeting the housing shortage for working-class people in Brazil, tapping into a program offered by the Brazilian government that helps to put people into decent housing.

A Government Program For The Investor

The government program is called Minha Casa, Minha Vida, which is Portuguese for My House, My Life. The total current housing deficit in this part of the market (low- to middle-income) is 8 million homes. The developer I’m in contact with is intending to build 40,000 such units over the next five years.

In other words, the scope of the market is big, and the opportunity to participate over the next five years is great. However, the investment timeframe for your investment can be as short as one year.

Here’s how it works. The developer is building homes in projects that are approved for the Minha Casa, Minha Vida program. That approval gives buyers access to preferred lending rates that are government-subsidized. It also allows buyers to get grants from the government for the down payment. These buyers come to the developer pre-approved and ready to buy, meaning the sales side of the equation is taken care of.

The investor is essentially pre-buying a housing unit that the developer will resell for him at a guaranteed rate of return. In fact, the developer not only locks in a fixed return for the investor, he also takes on the currency risk, as the houses are sold in Brazilian reais. The developer can do this partially because the timeline for the investment is only one year. From the time investor funds are received, the developer has 90 days to start construction of the specific house the investor has bought. Construction time is between six and eight months.

As Good As Turn-Key

This is a completely turn-key investment, and your returns are fixed in your original investment currency (the developer will write contracts in U.S. dollars, Canadian dollars, British pounds, euro, Singapore dollars, or Hong Kong dollars). Whatever currency you invest in originally, that’s the currency your return is paid out in, at a fixed rate of 15% at the end of one year. It’s that simple.

The developer not only takes on the currency risk with the real, but he also has removed all the barriers individual usually face when investing in Brazil. The investment funds are held in escrow with an attorney and released only as construction of the unit progresses. You as the investor have the house as collateral should something happen to the developer during construction. If the developer doesn’t sell the house and pay back the investment plus the 15% by the end of the investment term, then you can take possession of the house yourself and sell it through a local agent. Obviously, that’s not the goal, but the security of the house is there for you.

As the developer has already completed three developments to date (amounting to more than 1,000 units completed and another 800 currently under construction), the necessary systems are in place, and the risk of them not fulfilling is minimal.

With everything that is in place, why does the developer need investors? Why not go to a local bank in Brazil for a construction loan? The simple answer is that it would cost more money and the developer wouldn’t have as much control over his business if he worked with a local bank for funding. Interest rates in Brazil are fairly high, and, more important, banks tend to withhold the full amount of a construction draw even for simple things outstanding on the punch list. One broken window in a batch of 20 houses could stall a bank payment in this country for months. The developer wants to avoid those kinds of bureaucratic issues.

With more than 1,000 investors already in place (many invested in more than one unit and/or have renewed their investments after the first ones closed), the developer still needs more investors to reach production goals for the Minha Casa, Minha Vida housing program. This is the opportunity for you.

You can participate starting at US$37,000. That’s a fixed U.S. dollar price, and the figure that the 15% fixed return will be paid on. Assuming the timeline targets are all met along the way, your capital and profit should be paid out at the end of 12 months equating to a 15% annualized return.

Jump in for six units at a time, and the developer will increase the fixed return to 17%, as his administrative costs go down.

I like Brazil as an investment market, but it’s a difficult market for the small investor to take advantage of successfully. Between the language and the bureaucracy, the learning curve for an individual investor isn’t small.

That’s why I like this offer. The developer has packaged everything to minimize the headaches and the risks for you the investor, leaving you with an opportunity to take advantage of the demand the growing Brazilian local housing market is creating without having to invest the time and effort to figure out how to navigate this marketplace on your own.

“Lief, you need to smile in your photo. You do not look too friendly!”

Brazil housing Invest offshore Overseas Return yield
Share:
Offshore Living Letter ® 2019
Legal Sitemap Privacy Policy
* Type a keyword then press Enter
We use cookies to ensure that we give you the best experience on our website. If you continue to use this site, you're agreeing to our policies.Thanks, I Accept!Privacy policy